To the hottie belongs the spoils?

Ever since the Kennedy-Nixon debates, popular pundits have pontificated on the merits of a good-looking candidate. (Obviously, this was not much of a consideration for the country in the Lincoln-Douglas election.) But is this the ultimate example of style over substance? Or, is it simply a reflection of the realities of our current media era? Does the best-looking guy (or gal) always win? Do I sound too much like Carrie Bradshaw yet?

Seriously though, to what extent does appearance matter for the Leader of the Free World? If the most qualified, most compelling candidate happened to be ugly, would we vote for him (assuming it’s a “him”)? Does the omnipresence of the broadcast media compel us toward telegenic pols? 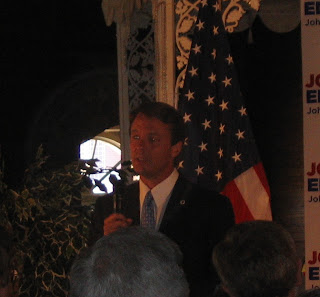 I pondered this question yesterday, as I attended a fundraiser for John Edwards. No, I’m not at the point of making an endorsement just yet, but I do like him enough to toss a few bucks his way. He spoke for about 15 minutes, and spent a considerable amount of time shaking hands and signing autographs thereafter. I think that Edwards is really finding his distinctively populist voice, and his stump speech was pretty solid. And I’m straight as can be, but damn, he is a good-looking guy.


What do you think? Is Mitt Romney more appealing because he looks so good in a ski jacket? Does Obama set your heart aflutter? Is John McCain too weary-looking, or Bill Richardson too dowdy? Would you consider Kucinich except for the fact that he reminds you of Dobby the House Elf? 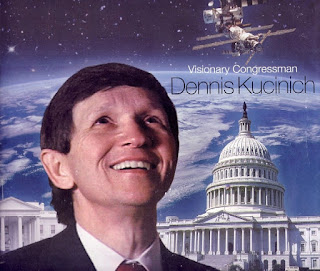 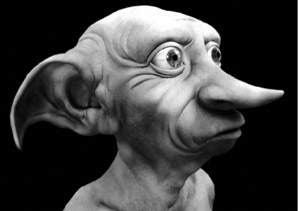 To what extent does appearance matter? Have style and substance merged in our culture? Is that a bad thing? I’m thinking yes – I’m thinking that Lincoln would never get elected today, simply because of his ugly mug – and what a loss that would be for our nation. How do we get beyond this? How can we cajole the mass media into focusing more on substance and less on style? Maybe if we all read decent newspapers (e.g., the New York Times or LA Times) and listened to the radio (say, NPR) more often, and watched less TV (except for PBS, of course), we’d elevate ourselves? Who knows? Your suggestions are solicited.
Posted by Dan at 9:27 PM

Hey Dan-
I'm not sure what you mean by John Edwards being good-looking. Is he really a populist, or does he just play one on television? I always thought Lincoln looked pretty cool. I'm a Kucinich supporter on the basis of his great ideas and his willingness to take a principled stand. If his elfin looks stand in the way of popular acceptance, it's America's loss.

Spoiler, personally after the last Harry Potter book I would follow Dobby to the death.
Of course looks matter Carrie. I can't decide if that is a good or bad thing. I mean of course it is bad, a person should be judged by what they have to say and their heart, blah, blah, blah. That is the answer we all want and the answer I would love to hear. I am a woman, our whole lives people tell us that looks don't matter yet literally every other commercial is about how we can get a better body, smoother face, or lovelier breast.
So why should politics be any different? We are a shallow people and we are kidding ourselves if we claim otherwise. It is sad no doubt but until we realize what we are doing we will continue to judge on appearance. However I don't think it is the only thing we consider when picking a president even the more shallow folks. I think our politics are too heated for anyone to stand next to a presidential candidate on the platform of looks.
Just my thoughts, and now they are so long I can't remember what I wrote to begin with. Oh well, Dan I hope you enjoy, it's fun talking to you this way.

Is it wrong that I still get tingly when I think of Wesley Clark in that black turtleneck?

What I can't understand is how anyone thought Bush was sexy, if as you point out, looks do make the difference? You can do the same thing as you did with Kucinich and put Bush up there next to the chimp from the Clint Eastwood movies.

I don't think it is necessarily looks so much as swagger. I have long held that a whole lot of the world makes sense if you analyze your high school cafeteria and then project it writ large. We live in a jocks vs. nerds world, and jocks get to be president, even though nerds ought to be.

Do you think Hillary is a jock or a nerd? or a nerdy jock? or a jocky nerd? What about Obama? (my guess: jocky nerd).

Life is so much easier to understand when you apply over-simplistic dichotomies. Fun!
Beth